Excalibur makes it easy to create a mock-up of a game using just coloured rectangles, but putting some real graphics in will make a massive difference to making it seem like a real game. Obviously this requires having some art assets, but luckily there are lots of creative commons sources out there so you don’t have to draw your own. 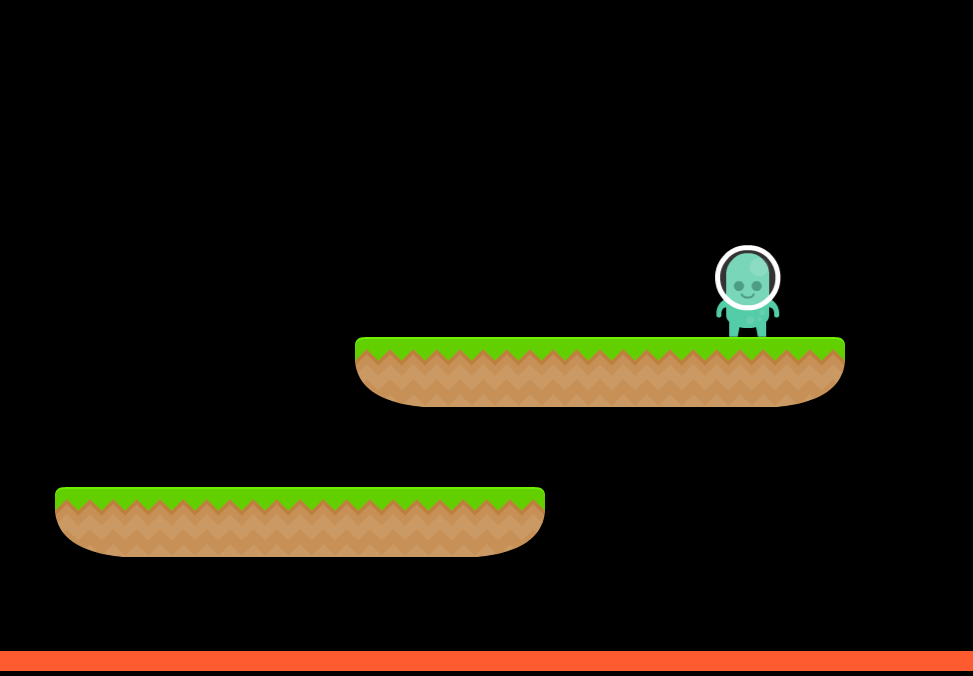 I picked up some cartoony platform graphics from Kenney, which are pretty nice and have CC0 licensing.

For the player character, it’s just a matter of following the tutorials to load an image and apply it as a drawable:

I had to set the width and height to the correct values for the image I’m loading, which doesn’t affect the rendering of the image but does get used for calculating collisions. Luckily the image was a sensible size relative to the other sizes in my game anyway.

However, for the platforms things are a little more difficult. The examples in the docs all assume that you’re associating a single image with an actor, but this doesn’t work for my platforms because I want them to be variable length with the obvious (start_cap, middle, ..., middle, end_cap) structure.

Poking around with some of the Excalibur examples it seemed like the way to achieve this was to override the onPostDraw method. The name of this doesn’t make it very intuitive, but as far as I can tell this is the recommended way to do things.

Within this method you’re free to draw as many sprites as you want, so it’s just a matter of looping through the right number of times:

This assumes that the platform is sized appropriately that a whole number of cells can be drawn, which avoids issues with textures not tiling.

Another small detail is that I added an overhang on each side where sprites are drawn outside the bounds of the Actor object. The idea here is that this will be drawn but won’t participate in collision detection. This has the effect that if they player gets too close to the edge they will fall “through” it, which in practice given the rounded corners makes it look like they slipped off.

The physics isn’t very detailed here, because the real shape of the platform is still rectangular and thus they are either 100% supported by the platform or falling through it, there is no intermediate stage where the player is sliding at an angle. However, given the way that I’ve calculated sideways acceleration when the player is not standing on a platform (sideways speed changes gradually rather than instantly) it actually works fairly well.

This page was generated by GitHub Pages.